Q and A with Tyson Pettitt 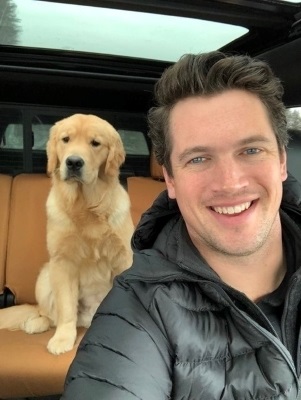 I recently had a Question and Answer session with my new business partner Tyson Pettitt, so you can get a better feel for who I am working with! I tried to think of everything I could, but if there is something else you would like to know, please send us an email and we will get it answered! Here we go…

PHIL: It has been great having you here working with me the past few months, how are you settling in?

TYSON: Everything is going fantastic; it feels great to be an addition to your team.

PHIL: Where did you work before joining me at Bell Wealth?

TYSON: Prior to Bell I worked for an independent broker dealer named National Planning Holdings (NPH), which ultimately sold to LPL in 2017. While I was there I worked as a consultant to help advisors like yourself run an efficient business. Before NPH, I worked for various asset management firms in Boston, in multiple capacities from financial planning and investment management to business development and relationship management.

PHIL: What do you like to do when you are not working?

TYSON: I do my best to stay as active as possible. In the winter I ski as much as I can, which was my primary draw to living in Stowe. In the summer I am a cyclist, however I am looking to get into mountain biking because of the great trail systems in the area! As a reward for my exercise, I like to have one of the many local IPA’s that Vermont is well known for.

PHIL: You mentioned to me that you do some volunteering in Stowe, could you talk about that briefly?

TYSON: Absolutely! I heard that the Stowe Elementary School was looking for volunteers to help chaperone their Friday Winter Ski Program, and I offered to help out. On Fridays this winter I am heading to the mountain to ski with a group of high school boys from Stowe and help them to improve their skills on the mountain. It is a lot of fun to get involved in the community!

PHIL: I believe everyone is waiting for the big question—can you talk to us about your dog Tenney?

TYSON: Tenney is a Golden Retriever that I got last summer, and at the time of this newsletter he is 11 months old. He has changed my life! I picked him up from a breeder in Oregon, and flew with him back underneath the seat in front of me when he was just nine weeks old. He is working to become a therapy dog, as we would really like to visit Oncology units at hospitals to spread some smiles.

PHIL: How did you come up with the name Tenney?

TYSON: There’s some sentimental meaning behind the name. There was a very small local ski mountain named Tenney Mountain near my hometown in New Hampshire, and that was where my mother learned to ski. I always thought that Tenney would be a great name for a dog!

PHIL: I heard a story going around the office that you have a connection to the Pillsbury Doughboy….is that true? What does that mean?

TYSON: (Laughing) Haha yes, I do have a distant connection to the Pillsbury Doughboy. My grandfather, Rudolph Perz, worked in advertising and was the original creator of the doughboy, at that time known as Poppin’ Fresh. He worked at the advertising agency of Leo Burnett at the time so that means we unfortunately did not get to retain any of the rights associated with the character. Regardless, it is a great story to tell!

PHIL: Let’s take a look back- you were born in Burlington, correct?

TYSON: Yes, I lived in Burlington until I was five years of age. Interestingly enough, the house I grew up in is just over a mile away from the office, on Mayfair Street!

PHIL: Where did you move after that?

TYSON: Our family then moved over to Ashland, NH near Squam Lake. My father was a teacher at the Holderness School, so I had the opportunity to receive an excellent education at a steep discount.

PHIL: Where did you go to college?

TYSON: After high school I went to the University of New Hampshire, specifically the Peter T. School of Business and Economics.

PHIL: Did you play any sports?

TYSON: I grew up primarily playing hockey, however when I attended Holderness School it was a requirement that you play three sports. I ended up playing soccer, hockey and lacrosse. I also played squash whenever possible, it got quite addicting! In college I was on the crew team, and was a captain during my senior year. Interestingly enough, I spent a couple summers up at the Craftsbury Outdoor Center in the Northeast Kingdom here in Vermont!

PHIL: Do you have any siblings?

TYSON: I have a younger sister named Betsey and an older brother named Adam. Betsey is currently pursuing her PhD in Geology at Rensselaer Polytechnic Institute in Troy, New York. Adam is a golf professional living and working in Tampa, Florida.

PHIL: That’s great! Well I have exhausted my list of questions. I appreciate you sharing more about yourself!

TYSON: Absolutely Phil, happy to do it. I look forward to meeting everyone as they come into the office.